Nicki's collection of recipes, open for all friends, family, and anyone who wishes to share from his/her own collection!

One of the great things about crockpot recipes is that you can cook a decent amount of food all at once and have plenty of leftovers. Remember that Slow Cooker Sesame Chicken I made? I had about half of that left over and I found myself wondering whether to just freeze them to eat later or use them for something else. I took half of it and added some chili beans and taco seasoning for a sweet chicken burrito filling. I combined that with some sharp cheddar cheese, lettuce, fresh tomato, and sour cream. That covered another two meals and they were fantastic!

The last couple of days I’ve been craving some chili. I thought I’d try using what was left of the sesame chicken to make a slightly sweet chili. Using the Taco Soup recipe as a base, I combined the sesame chicken mix into my crockpot with a large can of diced tomatoes, two cans of chili beans, a can of black beans, about a cup of whole kernel corn (from the freezer), a packet of taco seasoning, a packet of Ranch seasoning, and a mix of the following to taste: Tabasco sauce, ground chili pepper, ground white pepper, ground cumin, garlic powder, smoked paprika, sea salt.

It was delicious! I do not have any “starting” images, but here’s the end result: 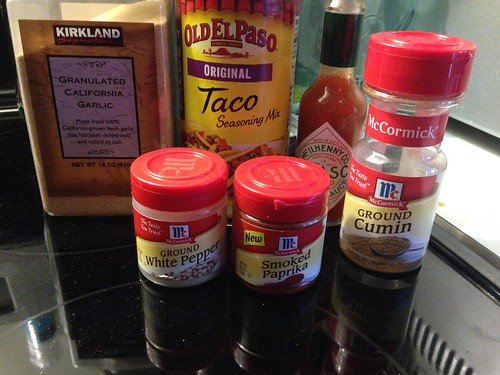 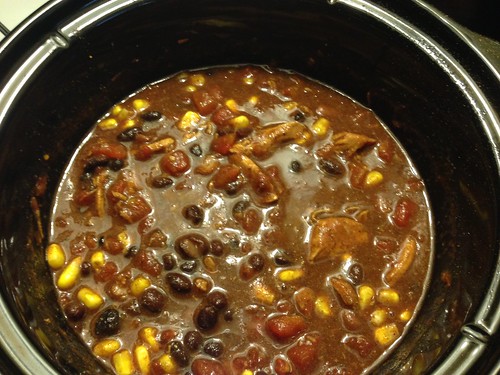 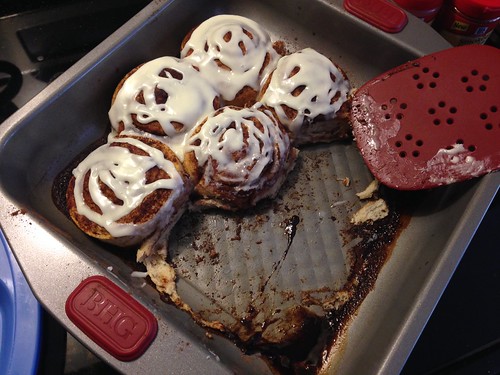 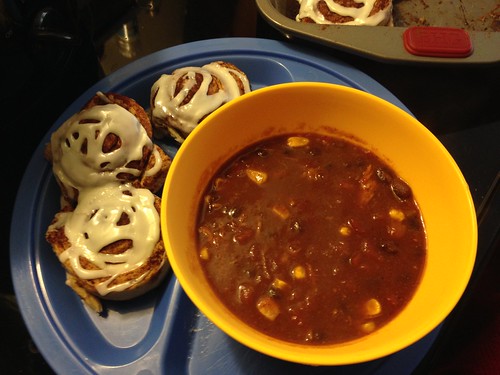 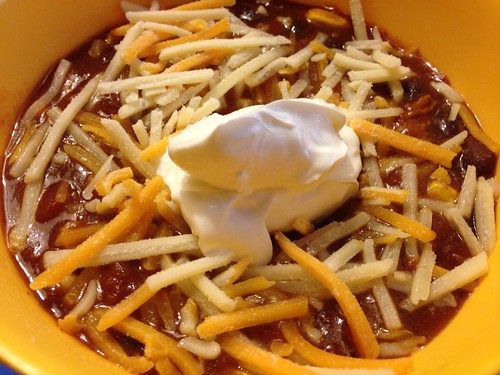 I served a bowl of the chili topped with a mix of white and mild cheddar cheese and sour cream, with cinnamon rolls which were soaked in vanilla bourbon just before baking. They were very sweet and I found complemented the meal nicely. 🙂

Theme by Anders Noren — Up ↑